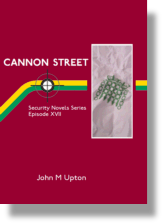 Whilst the Security & Police Service were in time to prevent one tragedy, they were blinded to the real target and now someone had paid the price with their life.

From the flames emerged new threats and the very fabric of the Justice system in the UK and overseas comes under intense attack both from outside and within. 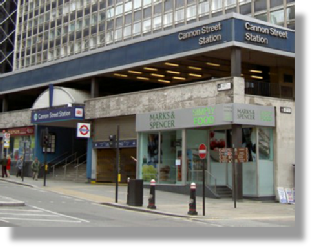 Concluding the thrilling cliffhanger set up by ‘London Bridge’, Cannon Street takes the story to the next level as chaos reigns supreme, power mad and corrupt people run amok and in the middle of all the the Security & Police Service struggle to cope with the madness.

This episode sees the further development of a couple of characters, at least one of which I intend to become a new regular.  It also sees the retirement after twelve novels of an old stalwart of the series but don’t rule out him coming back again one day….