Everyone, they say, has a skeleton in their closet.  For the Commanding Officer of the Haychester Division of the Department of National Security & Civil Defence, one of the most painful of these suddenly returns to haunt him.

An old enemy and associated sinister dark agents are on the move and revenge is in the air as they have a job to finish and a fifteen year long score to settle.

The Commander has to rely on every skill at his disposal and the loyal support of his new Deputy who is thrown right into the deep end in this thrilling first part in the free online Security Novels series. 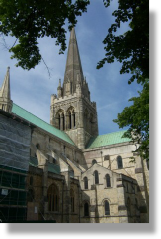 First written in the early 1990’s, ‘Hainault’ is the novel in the series with the longest development period with numerous revisions and re-writes before the near final version first made an on-line appearance in 2001.

The fictional city of Haychester is based fairly loosely on the ancient Roman City of Chichester in West Sussex where the author was born and grew up.  Some of the City’s unique features such as the Cathedral as well as the oddities of its locals feature in the novel.

The novel obtains its name from the name of the investigating report into the tragic incident that occurred some years before the novel begins and forms the backbone of what takes place both here and in subsequent episodes in the series.

The background to the ‘Security Service’, various renamed during the course of the series as the ‘Department of National Security & Civil Defence’ replaced the combined operations of the Police, Customs & Excise and other Civil Security services in the UK under a United Nations initiative in 1982. 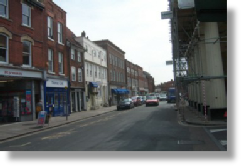