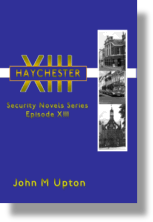 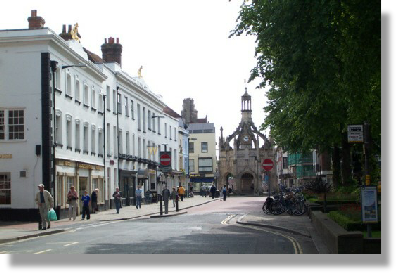 It is back to where it all began for the Commander as a relaxing day off takes a turn that sees him return to his old stomping ground of Haychester and re-live his first days a Security Service officer all those years earlier.

In days of old when Southdown buses were green and the trains blue & grey, something nasty was turning up in dumped suitcases, a series of armed wages thefts had begun and dropped into the middle of it a young officer of the Service who got the job of finding out who and what was behind it all.

Along the way a conspiracy arises, suspicions with some pretty grim conclusions are raised and a shadowy figure begins to emerge who we will be meeting more in future episodes in the series.

It is back to Haychester (the Sussex city of Chichester in reality) to return to the beginning of the Commander’s career in the Service.

We find out how he became know as ‘The Commander’, discover he was still a tad reckless even if it got the job done back then and also meet some new characters who will be playing a more prominent role over the next couple of episodes in the series.

This effectively became the first episode in what can be semi-officially classified as the ‘Leytonstone Trilogy’ and it was nice to be back writing about a place (all be it fictionalised) that I know so well.