The first sequel Holborn sees us re-join Tracy and The Commander some three months after Hainault in the last few days before Christmas.

Their relationship has developed so far that Al Longton is now running a book on when they are going to get married, however all thoughts of this and Christmas are soon put on hold when a dangerous, armed and highly professional gang of robbers strike at some of Haychester's key public buildings using unusual means of entry. 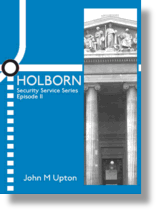 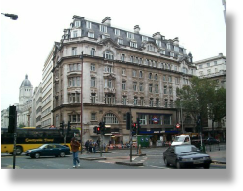 Also in this first sequel, we see something of the future as Tracy and The Commander are about to take up new positions in the London Transport Section of the Security Service, an area that is covered more in the second sequel Waterloo 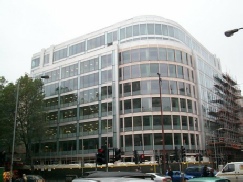 Once again Haychester plays host to much of the story but we also get to meet the Lord of the Manor, the Duke of Haychester as well as some of the darker recesses of forgotten London in a remarkable sequence set among the tunnels of the London Underground railway system.

The future for our two heroes is signalled with the creation of the new London Transport Division of the Security & Police Service.

Based in Holborn in central London opposite the Underground Station of the same name in what is in fact the real life headquarters of the Food Standards Agency(!) the London Transport Division forms a major part for the future of the series.