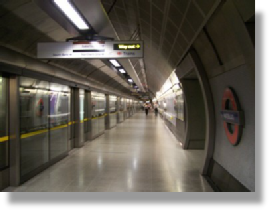 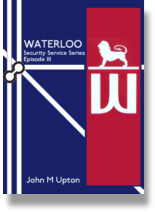 One morning a prominent former cabinet minister mysteriously falls to his death in front of a Northern Line train at Mornington Crescent station.  An open and shut case?  Sadly for Tracy, the Commander and their London Transport Division of the Security Service, nothing is quite so simple as an old enemy returns and sinister dark agents once again work their magic.

Amidst the ongoing complicated and danger filled investigation, our heroes have to defend themselves against unseen enemies, conspiracies and a huge protest and riot that threatens to tear the City of London apart from around them.

But is everyone what they seem?

Waterloo, the third novel in the series sees Tracy and the Commander now well and truly settled into their roles of ensuring the security and safety of the City of London's millions of bus, tube and train passengers.

Into the middle of the chaos arrive old adversaries, mysterious Government committees, shadowy agents and the odd riot or two.  At the end of all this there is also the small matter of a wedding to sort out and along the way we discover just how easy it is to take the Tube from Euston to Waterloo - whilst riding a motorbike!!

When I wrote this episode it was by far the biggest, most explosive and tense entry yet in the series thus far, indeed I was not entirely sure how I was going to beat this one! 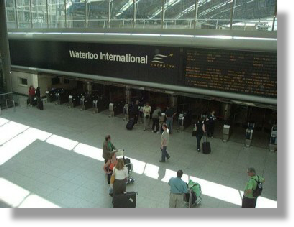 ‘WATERLOO’ is dedicated to a beautiful and inspirational little Irish lady
with a big heart (and a healthy appetite for Flapjacks!)